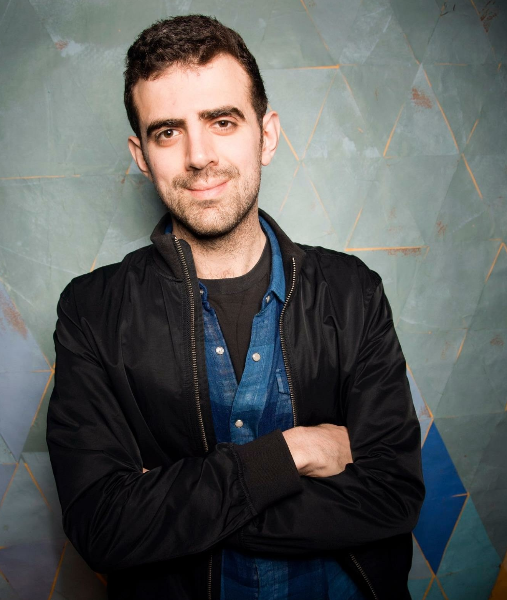 - You will NOT be sat with anyone who is not in your party.

- Tables will be spaced to ensure guests are a minimum of 6 ft apart.

- All guests will be sat a minimum of 14 ft away from the comic on stage.

- Maximum Party size will be limited to 4.

- All beverages and food will be served in biodegradable, single use containers.

- Our staff will be wearing a mask at all times. Guests only need to wear a mask when they are not at their table.

- Parking - Free and available in the main lot, small lot between the Comedy Connection and Black Duck Tavern, on street and in the LDC lot behind the Black Duck.

- As a courtesy to other guests, we ask that there is no talking or heckling during the show.

Morril is one of the fastest-rising stand-up comics in New York City and one of the best joke writers in the scene today. He is a regular on Comedy Central’s This Week at the Comedy Cellar, where he appears frequently when not touring cities across the nation. He was named one of Comedy Central’s Comics to Watch in 2011 and has performed multiple stand-up sets on The Late Show with Stephen Colbert, The Late, Late Show with James Corden and Conan. He’s also had stints on Last Comic Standing, America’s Got Talent, @midnight with Chris Hardwick, and Inside Amy Schumer.

In February 2020, Morril released his 3rd stand-up special for Comedy Central, I Got This on their YouTube channel and received over 1.5 million views within the first two weeks. Morril then later released it as a comedy album with 800 Pound Gorilla Records.

In 2015, the comedian recorded his debut album, Class Act, with Comedy Central Records, which went to #1 on iTunes and made numerous top 10 lists and appeared on season four of Comedy Central’s The Half Hour. His first one hour special, Amy Schumer Presents Sam Morril: Positive Influence premiered on Comedy Central in 2018.

Morril was the host of his very own show on MSG called People Talking Sports, which ran for two seasons and received an Emmy® nomination. Morril also has a cameo in the Academy Award nominated film, Joker.

Sam Morril, one of the fastest-rising stand-up comics in New York City, is also one of the best joke writers in the scene today. How do you know that’s true? Because he is writing this bio, and he wouldn’t lie about that to get extra work.

In 2011, Sam won The Laughing Skull Comedy Festival in Atlanta and was named one of Comedy Central’s “Comics to Watch.” More recently, Sam has been seen on Comedy Central’s Adam Devine’s House Party, “Conan” on on TBS twice, and is a regular on Fox News’ “Red Eye.”

He’s also been on Last Comic Standing, @Midnight, and Inside Amy Schumer. Sam recorded his debut album on Comedy Central records, which went to #1 on iTunes and made numerous top 10 lists. He also released his very own half-hour Comedy Central special.